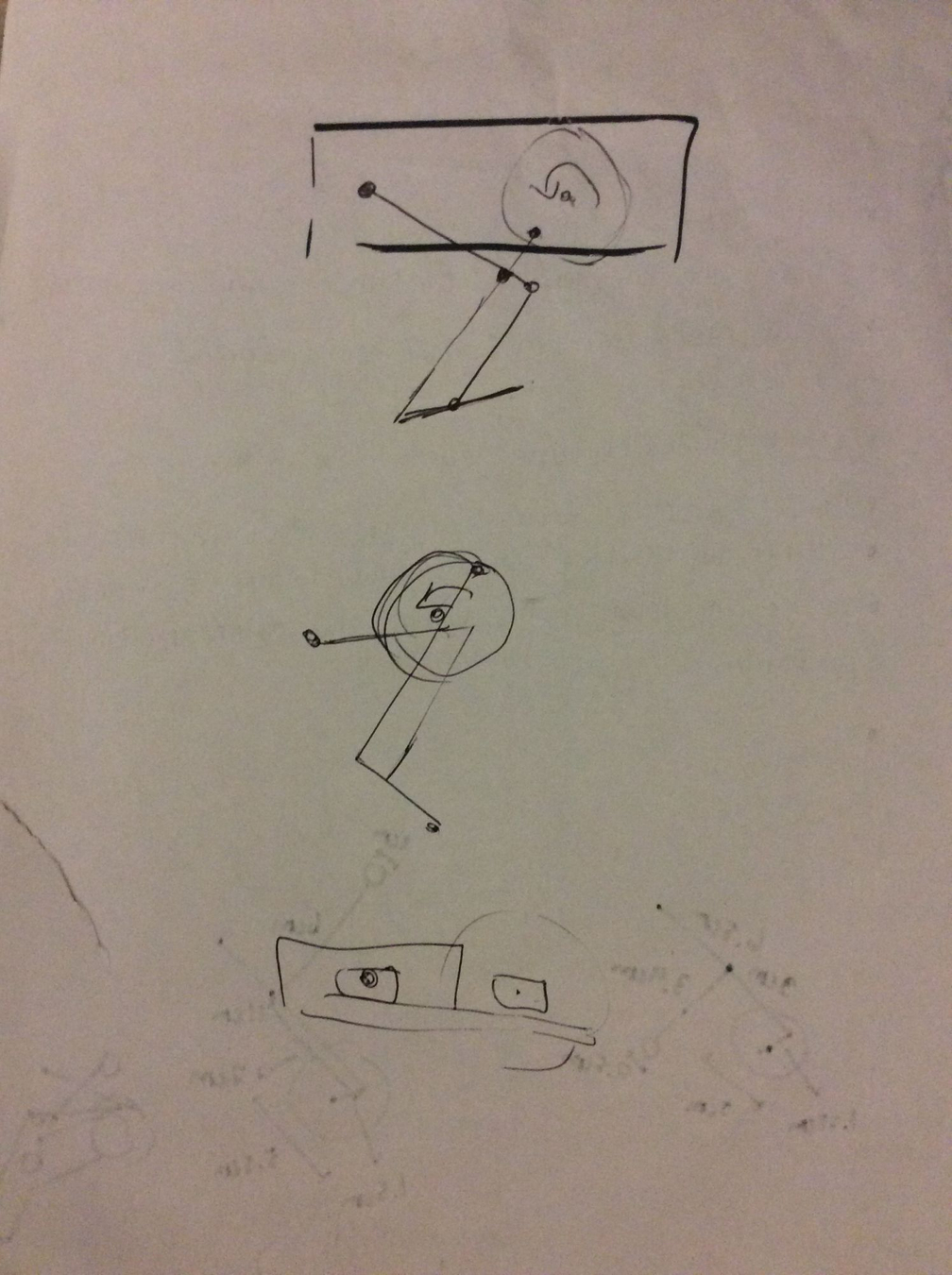 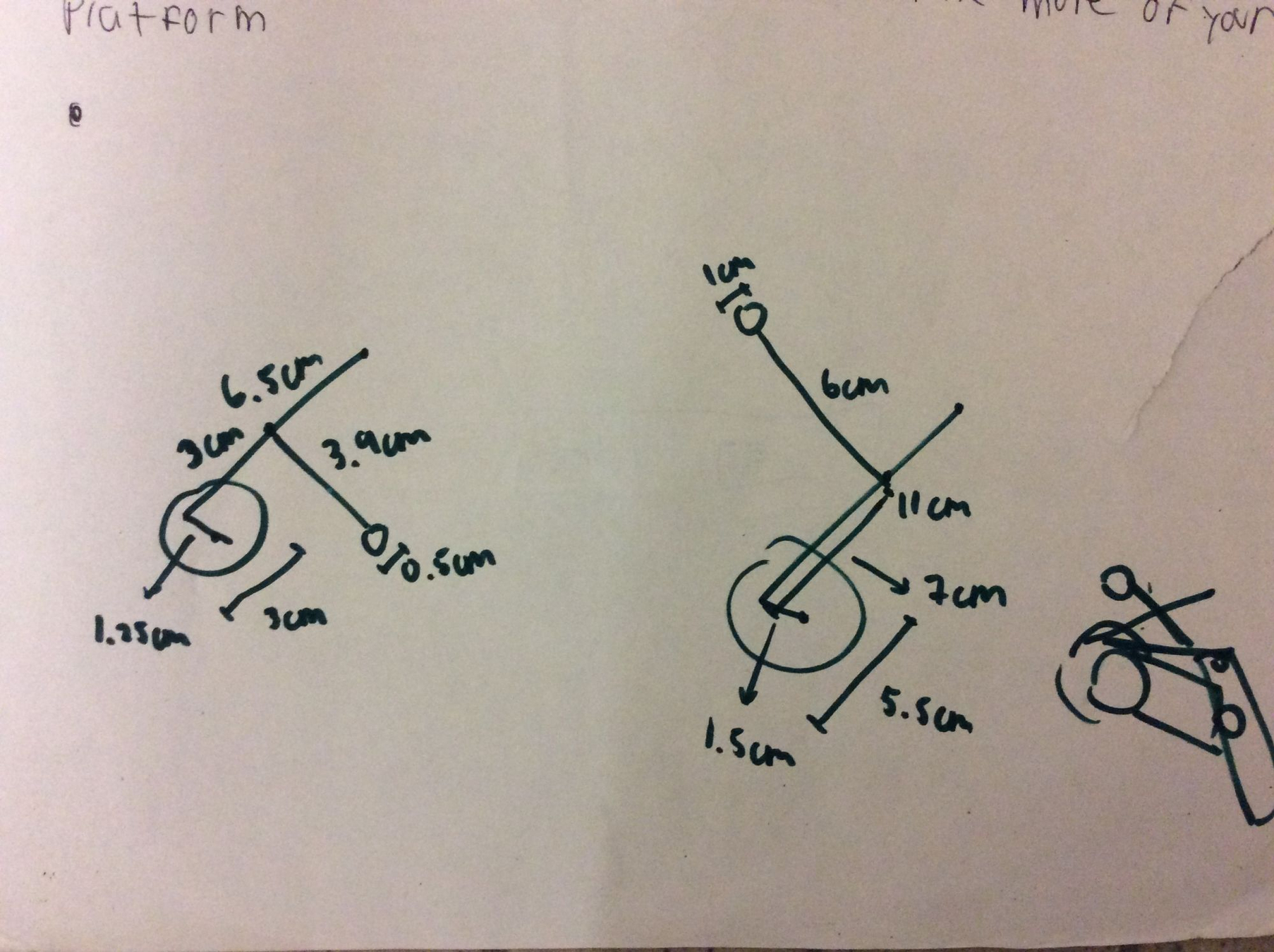 With the feedback we received from last week’s presentations, we decided it was time to print out the walking mechanism for our robot and to test it out. First, we had to choose between several concepts of walking mechanism. One of them, for instance, relied on only one connection to the powered wheel, while another design proposed to have two points of attachments with one connected to the powered wheel and the other rooted onto the craft itself. After some reflection over the matter, we decided that it would be more adequate to use the latter design. We modeled it in Rhinos and cut it out of wood using the laser cutter.  Then, we temporarily screwed all of the cut pieces together and tested the validity of the mechanism. After several trials, we deemed the design to be adequate enough for our legged walker. During this week’s courses, we also decided to change our four legged walker into a six-legged walker. We decided to do so because we were worried about the stability of the robot when in motion. For instance, when a six legged walker is in motion, there is always three legs that are in contact with the ground, forming a stable triangular support for the robot to remain up straight. Furthermore, we also decided to simplify the leg design by employing only one for all six legs. This would alleviate our design and building process do give us more time to test the walker’s performance. Finally, we also thought about how the robot would turn. One of the Solution we came up with consisted of putting servos immediately above the feet of the walker robot. When the robot is in motion and three of its legs are lifted, we can then Use the servos to rotate the craft on the spot. In next week’s periods, we will continue to experiment with the walking mechanism and will further explore how to control the DC motors with a remote controller.